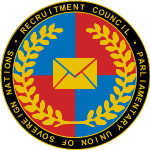 Under Article V, Clause 2 of SO#2017-76 (“New Recruitment Initiative Act”), the Recruitment Task Force convened on 24 December 2017, composed of the Positional Commission for the Office of the President as President and Chair, The Right Honourable Prime Minister Hashkin, MP LSM as Chair of the Development Committee of Parliament, and a third seat designated for the Minister of Development that was vacant for the duration of the proceedings.

Additional Analysis: 75% of those who responded to Question 3 spoke at least two (2) languages.

Given these data, the following conclusions are presented:

Finally, the Task Force has several ideas regarding recruitment: