right that was a typo, coalitions are allowed

Great! By the way, I have been writing many bills this weekend. These ones have a first draft ready to go in the Drafting Table when Parliament convenes:

SO 2017-? Amendments to SO 2016-6 the Electoral Integrity Act <- reduces sentence
SO 2017-? Amendments to SO 2015-2 the Constitution Act <- so that we can actually pass amendments
SO 2017-? Presidential Elections Act <- affirms that there's a runoff if no one gets a majority
SO 2017-? Creation of a Minister Without Portfolio Act <- PM gov simplification agenda
SO 2017-? Judicial Reform [Constitutional Amendment] <- creates Civil Court to hear cit v cit and cit v gov cases
SO 2017-? Rights of Citizens Act <- blah blah blah mostly ceremonial act
SO 2017-? Partisan Campaigning Act <- so that I can't pull off my constant bombardment trick again

1) Yes, the intent is to create a ministry that I can use sort of as a backup.
2) This works out great! Mine is mainly about establishing a Civil Court. I'll send you my version directly.
_________________
The Right Honorable Prime Minister, the Baron Abdoa, MP LSM GSM
Senator of the Union

I am not from this party but i would urge nations to join IDC to safeguard your land when the regional map is created.

Greetings, friends! I would like to break my long dormancy by officially applying to the Classical Liberal Party.

You are accepted! Glad to have you among our ranks!

Saint Artica and the Nordic Kingdoms would like to apply for membership in the Classical Liberal Party if applications still are being accepted.

Hem hem. Thomolia, I'd rather not have you recruiting members for your party in our thread, if you don't mind too much.

St. Artica and the Nordic Kingdoms, you are fully welcome in our party, if you choose to stay. We are always open to newcomers

Abdoa wrote:Hem hem. Thomolia, I'd rather not have you recruiting members for your party in our thread, if you don't mind too much.

St. Artica and the Nordic Kingdoms, you are fully welcome in our party, if you choose to stay. We are always open to newcomers 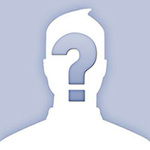 Hey, Its Junastria. I'm interested in joining your party... Just as a member, no plans for candidature.

Hey, Junastria! Sure, you can be in the party. If you're interested, you can go join the conversation at our Party Convention, which is currently going on in another thread in the Citizen's Forum.
_________________